Bellhop is a range of lamps by Edward Barber and Jay Osgerby that has expanded over time. It stems from the idea of a lamp with a gentle, comfortable light, thanks to edge-lighting technology.

Bellhop Table Lamp
The Bellhop table lamp stands out for its essential yet refined shape that brings to mind that of a reception bell, hence the name.
It was originally designed in 2016 for the restaurant in the London Design Museum. This LED portable table lamp didn’t go unnoticed. In fact, Flos liked it so much that it decided to produce it. “When we were talking to Flos about that project, we happened to have a really beautiful Japanese bowl in the studio. We simply dimmed the lights and shone a torch into the underside of this bowl. The reflected light that bounced from the porcelain was really beautiful. So we thought, ‘how could we recreate that?’ That was the starting point, as abstract as it sounds.” The idea was to have a cordless lamp that could be charged during the day and then placed on restaurant tables at night to create a cosy and classy atmosphere. Available in seven colours (in Matte Black only online), it serves as a contemporary battery-operated candle that you can carry wherever you want.

Bellhop Floor Lamp
Over time, this range was expanded to meet different needs but always in the distinctive style of the Barber & Osgerby studio, which is also famous for designing the Olympic Torch in 2012. “Back in the early 2000s, we had four or five ideas for lights, and we knew at the time there was only one manufacturer that we wanted to talk to, and that was Flos. So we spent a great deal of time getting a series of projects to propose. We’ve always had the idea that we set our sights on the best manufacturer in each field.” Then, the designers gave Flos the idea to add an uplighter to the Bellhop collection. And that’s how Bellhop Floor came about. They flipped the top upside-down and made it of glass, which gives a lovely glow. “Following the Bellhop portable and outdoor lamps, we decided to work on a floor standing version, one that fits the collection but gives a totally different quality of light. While table lamps are often discreet and offer direct lighting, the new Bellhop Floor has a more sculptural character. The archetypal elements remain similar to the existing collection; we took the top of the Bellhop and turned it upside-down, we introduced a combination of new materials — concrete, aluminium, glass — and have also used bright lacquered colours.”

Edward Barber and Jay Osgerby
Available in multiple variations
From  € 250,00

Didn't find what you are looking for?

Our advisors gladly help you find the best product. Are you a professional? You can find more products in our Professional Area.

You are seeing this because you have not accepted our advertising cookies. If you want to use our chat, please change your cookie preferences.

We have saved your choice and won't ask you again.

Join our Newsletter and stay up to date.
Only the best inspiration, news, and content from the world of Flos.
Go 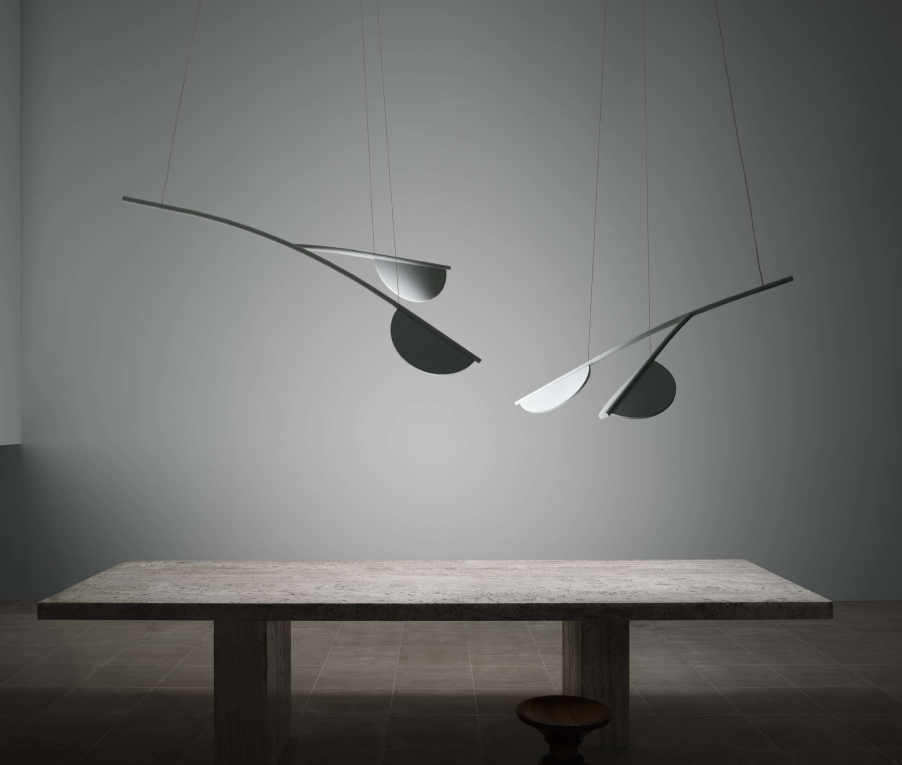